Growing in the Spirit of Jesus Christ 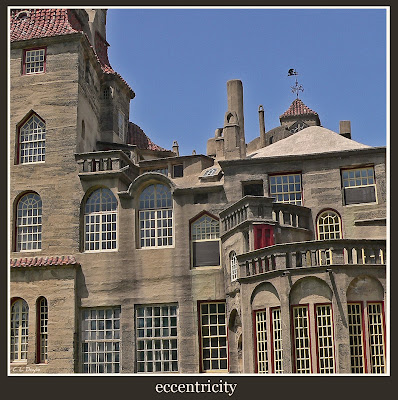 Today, my wife, daughter, and I took a day trip to Doylestown, PA.
We toured the Fonthill Museum, home of Henry Chapman Mercer.
Henry, quite eccentric, designed and constructed Fonthill
from reinforced concrete.
The exterior and interior of the building both reflect his
passion for the bizarre.
Here was an extremely intelligent and driven man,
always learning and always collecting artifacts
from wherever he traveled. Henry spoke
at least five different languages and earned
two degrees… one from Harvard
and a second from the University of Pennsylvania Law School.

This guy survived on only 3 hours of sleep each night.
That would allow, for most, an extra 3-4 hours of active time
every day… approximately an additional full day per week.
Just think… an eight day week…
more time to learn, to grow,
to worship, to be of service to others.
The idea is tempting… but at what cost?
I need more rest to remain at a productive level. 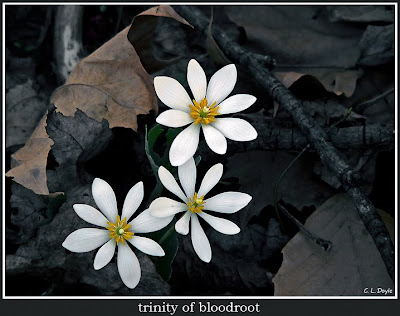 It is said of Edward Weston that he arose
around 4:00 AM to focus and reflect.
”Peace again! – the exquisite hour before dawn,
here at my old desk – seldom have I
realized so keenly, appreciated so fully,
these still, dark hours.”
– Edward Weston
(Daybooks)

The way to overcome sin is not so much
to remove what the Lord says is wrong
as it is to “replace” those wrongs
with what the Lord says is right;
to replace the selfish, uncontrolled
pursuit of childish behavior with
child-like trust and obedience…
to allow the “old man”, in me, to die
and to replace him with the new man
in the likeness of Christ.

I get angry with myself, then upset,
and finally ashamed with my repeated failings.
It appears that I still have quite an appetite
for worldly pleasures and a nagging
lack of self-control.
The difference now is that over the years
I have grown, and more importantly,
I know I am forgiven through the death
and resurrection of Jesus Christ.

Edward Weston, reflecting on his earlier life…
”How young I was. That covers everything.”
- Edward Weston
(Daybooks)

How young in spirit, I still am…
I am still learning to forgive myself.

Just think of all those times
when we are so completely amazed
that we just can’t help but say,
WOW!

This reminds me of a series of books,
that I highly recommend,
by Squire Rushnell…
the WHEN GOD WINKS SERIES
http://www.whengodwinks.com/

The highlight of the day was going out to dinner
with my son and daughter…
Dad’s day out with the “kids”.

We went to a Thai restaurant…
The Bangkok Wok.
This was my first experience with Thai cuisine.
I had the chicken Pineapple Curry
(Pineapple chunks simmered
in coconut milk red curry.)
Very yummy!

OK, I admit it…
I asked for the “mild” version.

My wife and I went to Roots…
a favorite farmer’s market
for fresh fruit and vegetables.

We also picked up some ham loaf…
a mixture of ground ham and ground pork
that is made similar to meatloaf.

My wife makes both a great
meatloaf and ham loaf.

Thought about mowing the yard today
but will wait until Friday… forecast… not so
hot and humid.

My son and I went for coffee this morning
before he headed back home.

My daughter had us over
for shish kabobs on the grill.

Did I mention that we eat well?

Coffee out with a very good
friend today… since he is Jewish
and I am a Christian,
we occasionally, as relates to our different beliefs,
have some interesting conversations.
Whatever the topic,
it is time well spent with a great guy.

Went to the “new” gym I signed up for today…
orientation for “Silver Sneakers” program.

Read that Medicare will last
an additional 12 years from last report (maybe)…
to the year 2029.

I will be 84 by then, if not
taken by the Lord before that.

Tomorrow, it is to the gym, early, after
my devotional time. Have to work off
all that good food and keep
God’s temple fit.

Then it will be time to mow
the grass before I have
the equivalent of a wheat field.

This blog is a bit different from my other blog... (a daily devotional - sonrays.org). This one is an attempt at a journal of sorts... my own reflections (and shared videos) as I continue on the pilgrim's path to Eternity. These may also include flashbacks to my past. I think it is of great importance for each Christian to keep a journal or diary.

techranger
"If any man minister, let him do it as of the ability which God gives: that God in all things may be glorified through Jesus Christ, to whom be praise and dominion for ever and ever." - 1 Peter 4:11 AKJV... "But by the grace of God I am what I am..." - 1 Corinthians 15:10 NIV ... a retired high school biology, photography and computer literacy teacher... Happily married (this year will be 45 years) with two grown children. Continuing in my spiritual growth. My other loves include, Bible study, reading, photography, friends, nature, gaming, and our three cats.

"Therefore, dear friends, since you already know this, be on your guard so that you may not be carried away by the error of lawless men and fall from your secure position. But grow in the grace and knowledge of our Lord and Savior Jesus Christ. To him be glory both now and forever! Amen."
- 2 Peter 3:17,18 NIV

"Therefore, my dear friends, as you have always obeyed—not only in my presence, but now much more in my absence—continue to work out your salvation with fear and trembling, for it is God who works in you to will and to act according to his good purpose. Do everything without complaining or arguing, so that you may become blameless and pure, children of God without fault in a crooked and depraved generation, in which you shine like stars in the universe as you hold out the word of life..." - Philippians 2:12-18 NIV

Up - lifting and meditative music...